Here are the three beer bars that we explored in the “Love Handles” department in Issue 23 (December 2017/January 2018) of Craft Beer & Brewing Magazine®. 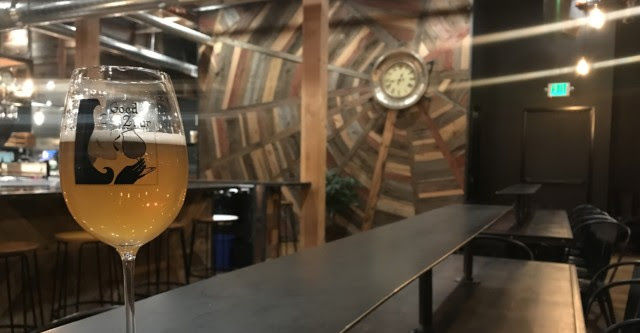 Denver, Colorado Don’t ask for an IPA at this hyper-focused temple of sour, funky, wild, and mixed- fermentation beer—if it’s not in the tart-to- sour range, they don’t sell it.

What it is: The brainchild of Backcountry Pizza’s (Boulder, Colorado) John Fayman, Denver’s Goed Zuur features two dozen taps and eighty-plus bottles of nothing but sour, wild, funky, and mixed-fermentation beers along with a chef-driven menu of charcuterie and small plates designed to complement the acid-forward beers.

Why it’s great: Let’s get this straight—it’s an entire bar and restaurant with nothing but sour beer. Let that sink in for a minute. No IPAs, just a world-class selection on draft and in bottles of the finest tart and acidic beer from around the world. Belgium is, rightfully, well-represented but the tap list is packed with beer you won’t typically find on tap anywhere, much less all together in one place. The menu reads like a who’s who of sour, wild, and spontaneous brewers—from Captain Lawrence to Jester King, Casey Brewing to Russian River and The Rare Barrel—making it a must-visit for serious fans, while the thoughtful menu of charcuterie and small plates completes the continental focus. —Jamie Bogner

New York, New York
A cultural hub and education-centric beer shop and bar featuring 700+ bottles and cans from around the world in Manhattan’s Lower East Side.

What it is: Any seasoned beer drinker will have a soft spot for Top Hops, one of the first dedicated beer merchants to focus on artisanal imports and American microbrews when it opened its doors in New York City in 2012. True to Manhattan form, the shop packs a tasting bar with twenty taps and more than 700 bottles and cans into about as many square feet, while managing to host a plethora of meet-the-brewer nights and educational events, such as a Belgian Beers Class, on a regular basis.

Why it’s great: Located in the edgy-meets-ethnic bohemian center of Manhattan’s Lower East Side, Top Hops can claim a level of NYC street cred that few beer shops can. After abandoning a corporate gig with Anheuser-Busch to follow his beer-shop dreams, Owner and General Manager Ted Kenny impressed beer nerds and novices alike with hundreds of bottles and cans organized neatly by region. Though expertly curated and geeky as can be, Top Hops is far from pretentious, and the staff is ready to educate newcomers on anything brewing related, from global beer trends to hybrid hop varieties.  —Cat Wolinski

Indianapolis, Indiana
Located on the mezzanine level of the City Market in downtown Indy, it’s a casual spot to drink locally made Hoosier beer.

What it is: A partnership between the city and the Brewers Guild of Indiana, Tomlinson Tap Room is a bar with sixteen taps of only locally made beer from well-known breweries such as 3 Floyds to the latest breweries to open in the state. A continuously rotating tap list means that there’s a beer for everyone and a chance to discover a new favorite.

Why it’s great: Tomlinson Tap Room is an excellent spot to support local, and not just with beer. The City Market is filled with food vendors and other artisanal goods purveyors. It’s a draw for local residents, nearby office workers, and vacationers. With beer as the common draw, after a long day of work or sightseeing, you can find a meal that suits your tastes and a beer to match. —John Holl

Please note, comments must be approved before they are published